The Indian Foreign Ministry has confirmed that two suspects - one in Kenya and one in Azerbaijan - have been arrested in the Sidhu Musewala murder case. The Indian Foreign Ministry has confirmed that two suspects - one in Kenya and one in Azerbaijan - have been arrested in the Sidhu Musewala murder case. The Ministry of External Affairs is in touch with the government of both countries and talks are on to bring both suspects to India. Please tell that Sidhu Musewala was murdered in Mansa district of Punjab. The shooters had fired bullets at him.

On the detention of Sachin Thapan from Azerbaijan and Anmol Bishnoi from Kenya, the Ministry of External Affairs said, “One suspect from Kenya and one suspect from Azerbaijan have been arrested in connection with the murder of Sidhu Musewala. The local authorities have taken these two people into custody. We are in close contact with the local authorities. However, no comment can be made on the legal discussion as of now."

Suspect was in touch with Goldie Barr

In a major development in the Sidhu Musewala death case, Punjab Police said that Sachin Thapan, who exchanged calls with gangster Goldie Brar, has been detained in Azerbaijan. DGP Punjab Gaurav Yadav said, “Sachin Thapan, the person who exchanged the call with Goldie Brar, has been detained in Azerbaijan with the support of the Government of India. Our joint efforts are to provide justice to the family."

Sidhu Musewala was shot dead on 29 May in Jawaharke village of Mansa district of Punjab. The incident happened a day after Punjab Police withdrew the security of 424 others. Police in Punjab's Mansa district have filed a charge sheet against 34 people in the Sidhu Musewala murder case, out of which eight are yet to be arrested.

SSP Gaurav Tora said, “As of now, 4 people are abroad, while 8 people are yet to be arrested. There are a total of 122 people to testify." More than a dozen people including Lawrence Bishnoi, Jaggu Bhagwanpuria, Satwinder Goldie Brar, Sachin Thapan, Anmol Bishnoi, Lipin Nehra are involved in the case, the official said. Sensing the enthusiasm of Congress leaders gathered from across the country for... 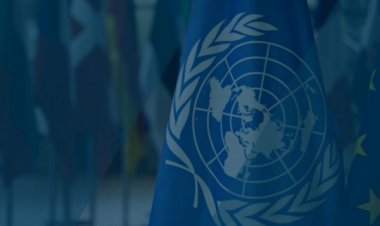