India can overtake Britain in 75th year to become the fifth largest economy in the world!

In the 75th year of independence, India can overtake Britain to become the fifth largest economy in the world. According to IMF data, the Indian economy was worth $3.18 trillion in the year 2021, while the size of the UK economy was $3.19 trillion during this period. The 75th year of independence seems to be proving auspicious for the Indian economy. In the 75th year, India can overtake the UK to become the fifth largest economy in the world. At the same time, this year India will become the fastest growing country despite all the challenges and this trend will continue next year as well. In the 75th year of independence, India exported more than $ 400 billion for the first time. In the current financial year, this export can reach $ 500 billion.

According to IMF data, the Indian economy was worth $3.18 trillion in 2021, while the size of the UK economy was $3.19 trillion during this period. In this respect, India is only marginally behind the UK in terms of the size of the economy. According to IMF estimates, the UK economy will reach $3.38 trillion in the year 2022, while the size of the Indian economy will be $3.53 trillion. One of the major reasons for this is that despite the pandemic and now global turmoil for the last two years, India is going to become the fastest growing country in the world.

According to the IMF's estimate, India will grow at the rate of 7.4 percent in the 75th year of independence, while the growth rate of America is taking negative growth. Recession is knocking in other countries of Europe including Britain. Not only this, in the next year i.e. in the financial year 2023-24, India will continue to be the fastest growing country with a growth of 6.1 percent. Only then Commerce and Industry Minister Piyush Goyal is also confident that soon the Indian economy The size of the UK will be bigger.

He told on Saturday that we are on the way to surpass the UK economy and will soon leave it behind. India became the fifth largest economy in the year 2019, but was marginally behind in the year 2021 due to the corona pandemic. At present, America, China, Japan, Germany and Britain are ahead of India. However, India may have to wait for the financial year 2026-27 to become a five trillion dollar economy. Earlier, the government was talking about making India a five trillion economy by the year 2025. 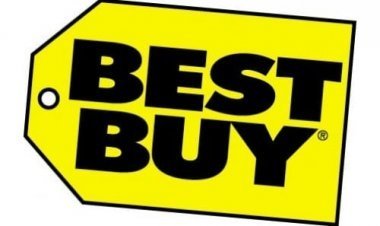