Being a celebrity on social media can't be easy, but it must be even more difficult when you're thrust into the spotlight due to starring in one of the year's most anticipated series - and one that already has a slew of devoted fans. Emily Carey, star of House of the Dragon, is currently going through it, and she's already over it.

The 19-year-old, who plays a younger Alicent Hightower in the Game of Thrones spin-off series, told news.com.au that fan backlash over a comment she made at Comic-Con this year drove her off Twitter.

"I enjoy social media. I'm 19, so I'm all over social media, and I've been on it since I was a kid because I've worked since I was a kid, so I'm very aware of things... Any hate that comes in is simply... Behind the screen is a person. "You just have to move on," she said, before admitting that it can be too much at times.

"However, I will admit that I deleted Twitter [after Comic-Con] because it's just so loud." Even when it's good, there are too many people and it's too loud. Don't get me wrong, I enjoy the buzz, but it can be overwhelming at times, and I'm being completely honest."

That "overwhelming" buzz came after Emily Carey revealed at Comic-Con that she had created a backstory for Alicent, who is an immoral villain in George R.R. Martin's books. Fans were furious at Carey, believing she was changing the nature of her character by humanising her.

Despite the fact that the incident was the catalyst that drove her off the social platform, Carey initially clapped back. Despite the fact that the Tweet has since been removed, she wrote, "I stand by what I said in the panel." People, Alicent is not the villain. When we first meet her, she is a child, a product of patriarchy. You just have to wait and see. Maybe you'll understand."

One thing is certain: the premiere episode of House of the Dragon will continue to draw a large number of Game of Thrones fans. It's currently available on Binge.

Sania Mirza's retirement plan changed, also out of US Open 2022, due to injury 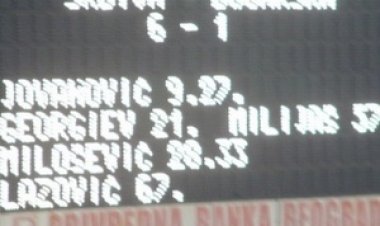