Honey Singh Divorce: Yo Yo Honey Singh and Shalini Talwar divorced, had to pay huge amount for alimony

Honey Singh and Shalini Talwar got divorced on 8 September in the family court of Saket, Delhi. According to the India Today report, during the hearing, in the presence of Judge Vinod Kumar, Honey Singh handed over a check of Rs 1 crore to Shalini Talwar for maintenance in a sealed envelope. Singer Yo Yo Honey Singh and Shalini Talwar are officially divorced. Their 11-year-old relationship has ended legally. Shalini Talwar had also filed a case of domestic violence, sexual violence, mental harassment and economic violence against him. It is being told that Honey Singh has given alimony of Rs 1 crore.

Honey Singh and Shalini Talwar got divorced on 8 September in the family court of Saket, Delhi. According to the India Today report, during the hearing, in the presence of Judge Vinod Kumar, Honey Singh handed over a check of Rs 1 crore to Shalini Talwar for maintenance in a sealed envelope. After allegations and counter allegations between Honey Singh and Shalini Talwar, the matter was settled in the court. After that, there was an agreement between the two on alimony of Rs 1 crore. The next hearing of the case will be on 20 March 2023.

Earlier, Honey Singh had issued a statement on social media regarding allegations of domestic violence. He denied all the allegations and called the allegations "false and malicious". He wrote, "I have never issued a public statement or press note in the past, despite my songs, speculation on my health, and negative media coverage. However, I see no merit in maintaining my silence this time as some of the allegations are against me. The allegations have been leveled against the family, my old parents and younger sister, who stood by me during very difficult times and kept me involved in the world. The allegations are blasphemous and defamatory."

Married with Shalini Talwar in 2011

Honey Singh and Shalini Talwar are childhood friends. Both had tied the knot on 23 January 2011. Let us tell you that in the year 2014, Honey Singh introduced his wife to the audience in an episode of the reality show India's Rockstar. In 2021, the couple completed ten years of their married life, but no one was aware of the problems they were facing in their marriage.

Popular Songs of Yo Yo Honey Singh

Significantly, Yo Yo Honey Singh became a household name after the song English Beat became a super hit from the film Cocktail. The song topped the charts in 2011. Honey has sung many superhit songs like Pani Pani, Lungi Dance, Char Bottle Vodka. The fans are also quite surprised to hear this news about the singer's married life.

iPhone 14: Steve Jobs' daughter made fun of iPhone 14, shared a meme on Instagram 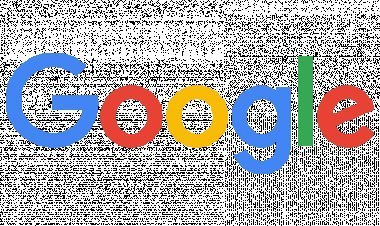