China's decree after the first case of monkeypox, do not come in contact with people who have returned from abroad

In May, cases of monkeypox began to appear around the world. With cases now reported in nearly 90 countries, the World Health Organization has declared monkeypox a public health emergency. The first case of monkeypox has been reported in China. Symptoms were showing in a person who came from abroad in Chongqing city of China. After this, if the person is examined, then monkeypox has been confirmed in it. Officials have not yet disclosed whether the person is a foreigner or a Chinese national. A Chinese health official has warned citizens not to come into contact with the skin of foreign travelers and recent returnees to avoid monkeypox.

However, the Chinese official's remarks are being criticized on social media as racial and discriminatory. The first case of monkeypox was reported in China on Friday in the city of Chongqing. A person kept in isolation regarding Kovid-19 was confirmed to be suffering from monkeypox after he noticed a rash on his skin. After this, China's top immunologist Wu Junyu warned citizens not to come into contact with the skin of foreigners and recent returnees from abroad.

After Wu's comment was published in the Global Times, one person on social media platform Weibo wrote, "How racist is this? Think of people like me, who have been living in China for about 10 years and we haven't met our family members in three-four years due to the closure of borders. Another person on Weibo said, there are still many foreign friends working in China. At the beginning of the epidemic, foreign friends were telling everyone on social media forums that the people of China were not viruses. He said that when many foreigners are facing discrimination in the country, now the people of China should not remain silent.

In May, cases of monkeypox began to appear around the world. With cases now reported in nearly 90 countries, the World Health Organization has declared monkeypox a public health emergency. There have been more than 60,000 confirmed cases worldwide and some non-endemic countries have reported their first related deaths.

The monkeypox virus is spread when a person comes in contact with an animal, human or material contaminated with the virus. According to the US-based Centers for Disease Control and Prevention (CDC), the virus enters the body through broken skin (even if not visible), respiratory tract, or mucous membranes (eyes, nose or mouth). This has also been confirmed in India. So far 13 cases of monkeypox have been reported in India. Eight cases have been reported in the capital Delhi alone. Those who are being treated at Loknayak Jai Prakash Narayan (LNJP) Hospital. 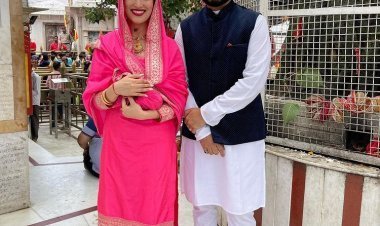