Expressing grief over the demise of Amitabh Chaudhary, BCCI Secretary Jay Shah said, I am completely shocked to hear the news. He was an excellent administrator. Amitabh Choudhary wanted to bring change at the grassroots level. Amitabh Choudhary, former acting secretary of BCCI and former president of Jharkhand State Cricket Association (JSCA), died of cardiac arrest on Tuesday. He was 62 years old. The BCCI has condoled the death of Chaudhary. The BCCI tweeted and wrote, "The Board expresses its deep sorrow on the passing away of the former Acting Secretary, a seasoned administrator and a distinguished IPS officer.

BCCI President Sourav Ganguly said, "I am shocked and saddened to learn about the passing away of Amitabh Choudhary. I had a long association with him. When I was leading India, I was the first to know him during my tour of Zimbabwe. He was the team manager. Our conversation grew over time and his passion for the game was evident. Today we have a world-class stadium and campus in Ranchi and it is because of his vision and tireless efforts. Jharkhand has come on top very soon and I am sure they will be happier when more cricketers from the state play for India. My condolences and sympathies are with his friends and family in this time of grief.

The BCCI expresses shock and grief at the untimely demise of Mr Amitabh Choudhary, former BCCI Acting Secretary, a veteran administrator and a distinguished IPS officer.

Expressing grief over the demise of Amitabh Chaudhary, BCCI Secretary Jay Shah said, I am completely shocked to hear the news. He was an excellent administrator. Amitabh Choudhary wanted to bring change at the grassroots level. Cricket in Jharkhand was at a very early stage when he took over and we have seen a real transformation under his leadership. He always spoke with great enthusiasm.

When and how did Amitabh Chaudhary die

Dr. Varun Kumar of Santevita Hospital in Ranchi said that Amitabh Chaudhary, former chairman of Jharkhand Public Service Commission after suffering a heart attack, was brought to the emergency medical room at around quarter to eight in the morning, where the team of doctors made all efforts to save him. But he could not be saved and he died around nine o'clock. His health deteriorated a bit after the flag hoisting on the occasion of Independence Day on Monday. But he rested at his residence in Ashok Nagar.

Choudhary was born on 6 July 1960 and was a senior officer of the Indian Police Service of Jharkhand cadre. Chaudhary's contribution in replacing cricket in Jharkhand is considered unparalleled. It was due to his efforts that the Jharkhand State Cricket Association's international cricket ground was built in Ranchi. 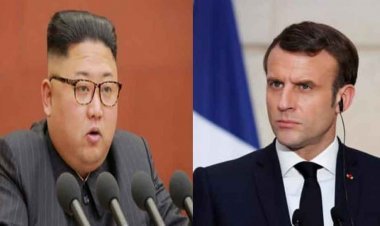